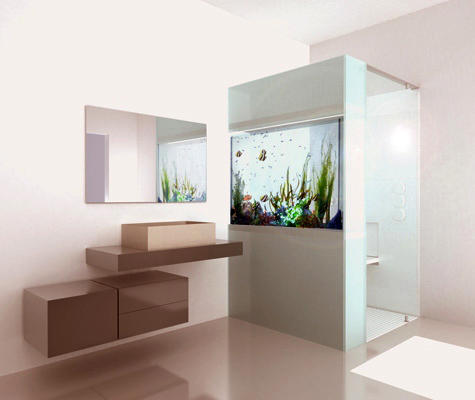 Uhm, awesome. This totally baller shower enclosure called Plano Acquario by Cesena has a real aquarium built right into one of the walls. How cool would it be to be standing in the shower under a flow of water while watching fish swim around you? Very relaxing. 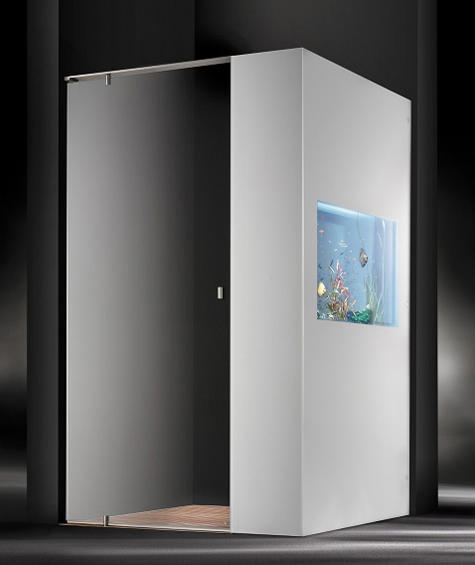 They say you can put a TV or a bookshelf in there instead of the fish tank but what fun would that be? Besides- there’s only one person out there who actually reads in the SHOWER- and that’s Jason Mulgrew