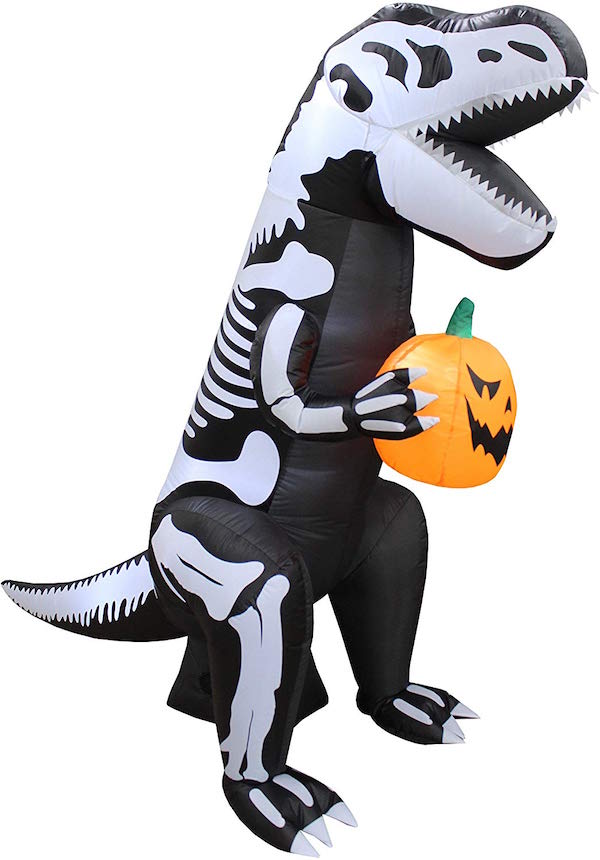 All we have left of the dinosaurs are their bones (and maybe birds depending who you ask) but that means they are completely ready for Halloween with their dino skeleton costumes. It’s not too late (thank you Amazon Prime) to make your house the coolest on the block this Halloween by setting up this sweet Inflatable Dinosaur Skeleton. This 6+ foot tall inflatable also has LED lights for an even spookier effect. 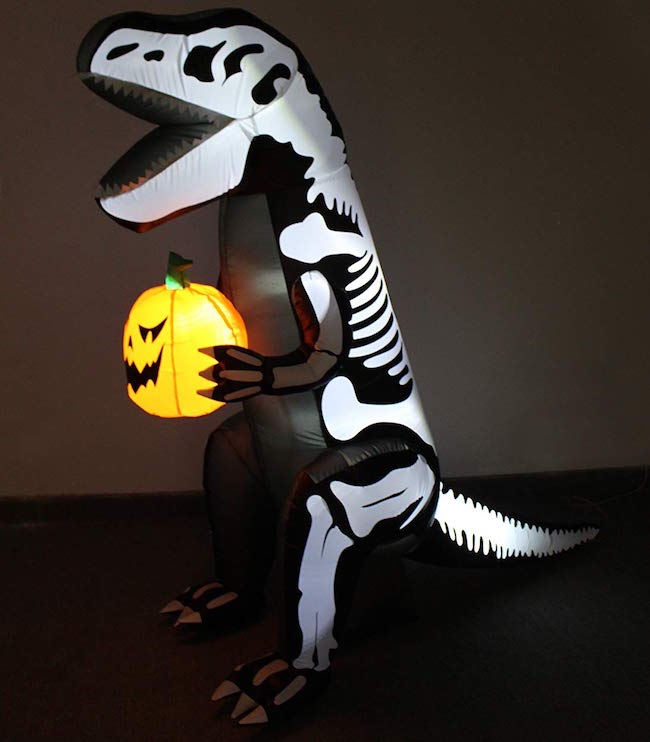 We like that this Tyrannosaurus Rex is holding a pumpkin- he may act like he’s all fierce and the king of all dinosaurs, a cold blooded killer, but really he’s just a guy with a big heart and tiny brain holding a gourd. We can relate. Heck, he probably carefully and meticulously spent hours carving it with his tiny legged little razor sharp claws like a reptilian Edward Scissorhands.