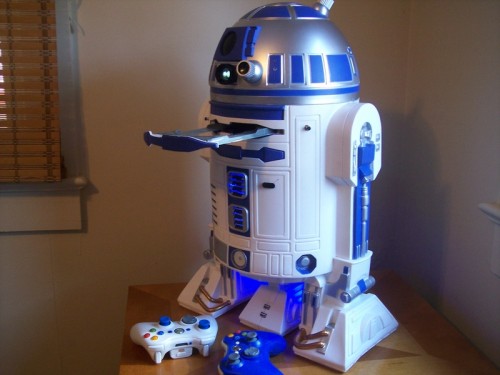 Mark Bongo from Major League Mods is at it again (remember the Millennium Falcon X-Box mod?) this time converting an R2-D2 into an X-Box 360 projector. The coolest part of this mod is the projector which comes out from Artoo’s head lens doohickey and projects out to a screen size of 15-50″. 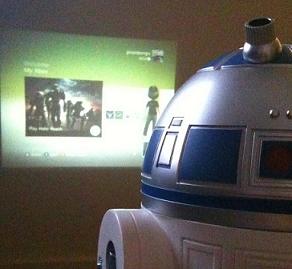 According to Mark, it took 2 weeks to build and it has axillary hookups for Wii, Playstation,or any input device, so you can just use the projector if you don’t want to use X-Box. The droid is fully loaded with a speaker inside his head and a touch sensitive projector buttons, hdmi output, optical audio out, and custom R2-D2 controller. Check out the video to get the full scope of this Star Wars mod: