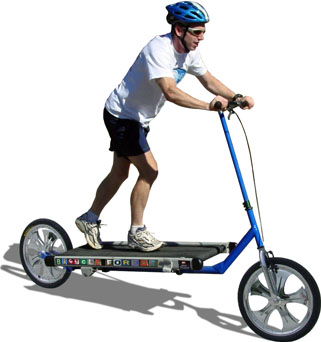 This has to be one of the greatest spoof products of all time. Sure it’s fake, but if they really built it then it’s real. So it’s a real fake. Or a real product with a fake website and infomercial. Except that you can actually order one from the builder. Which makes it real.

But then again, the maker of the treadmill bike says “The Treadmill Bike’s hard wearing belt offers a sure grip while protecting your feet from dirt and other contaminants commonly found on the earth’s surface.” Which sounds fake. Really fake. After the jump is the hysterical infomercial video showing the treadmill bike in action- decide for yourself: