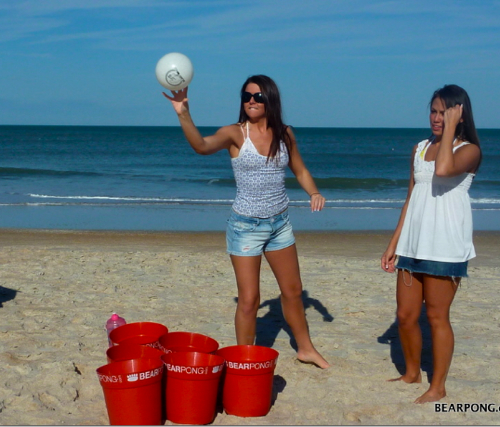 It’s BearPong, sport of the future! I’m sure you’ve familiar with the drinking game commonly called “beer pong”, also known in some inferior circles as “Beirut”. The game is normally played on a ping pong or other type of table. The problem is that when you go to the beach, are tailgating or any other outdoor situation, you’re mostly likely not going to have a table with you. Fear not, beer fan, because with BEARPONG you can set up a supersized game of beer pong anywhere. 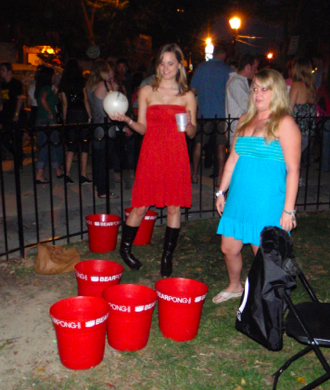 BearPong (I’m done with all CAPS, it’s annoying, so use your punctuation imagination on this one, friends) consists of a set of 12 red buckets, 2 balls and a carrying case, all designed to give you a fun experience anywhere. Bearpong costs $59 for the set. Beer not included 8(. 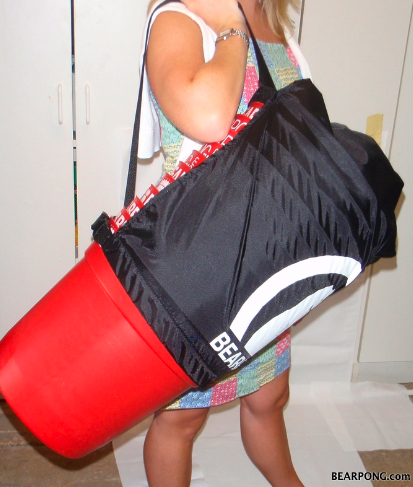 Now you might be asking yourself, isn’t this just a bunch of buckets and a volleyball? That question contains a serious flaw- you are underestimating the power of beer. People will go to extraordinary lengths to devise new ways to drink beer. Ask the college student who spends hours buying parts and constructing a two story beer bong. Ask my old roommates who decided to calculate the heat exchange properties of a homemade kegerator as a final project for their engineering class. Ask the guy who spent 100 hours making a Super Mario Beer Pong table. 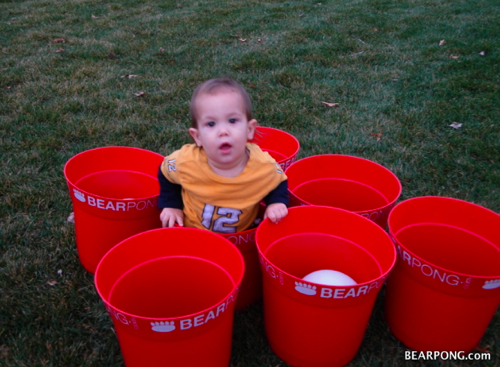 That said, the designers of this say: “Balls are specifically weighted and sized to be used with BEARPONG Buckets. This is a very critical ratio. When playing, you do not want buckets that are impossible to tip over, but you also don’t want buckets that fall over with every throw.” There ya go.

Thanks to cousin Adam for the tip!