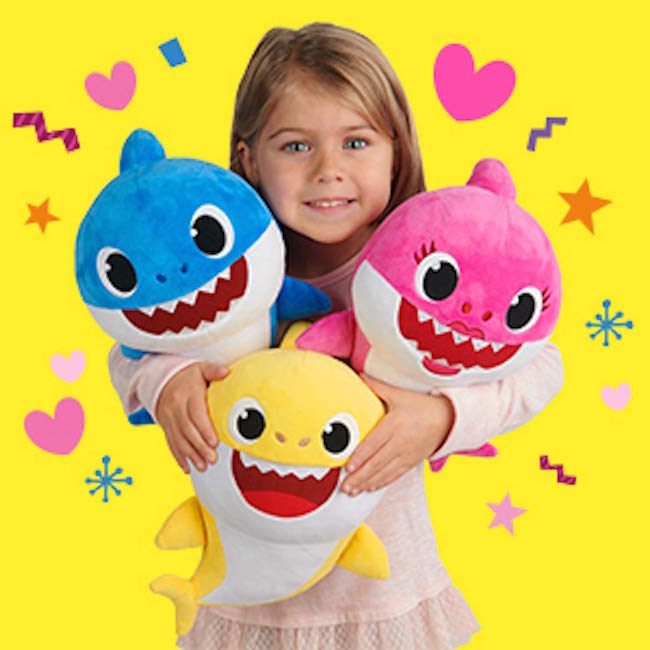 The Baby Shark Song is the catchiest viral song this year and if you have kids and YouTube (or even if you don’t) you’ve probably heard it on repeat several hundred times by now. Well get ready to hear it some more! Because now there’s official Baby Shark Song Plush Toys that play the whole song when you squeeze their bellies. Over and over again. There’s the Mommy Shark, Daddy Shark, and of course Baby Shark. Just like the song, doo doo doo doo. 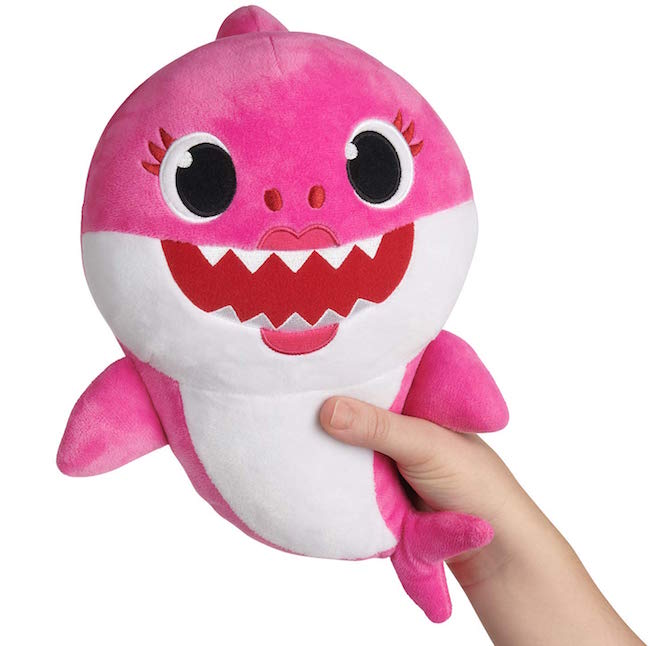 Super soft and cuddly, and mildly annoying to adults, it’s the perfect toy. And yes you can squeeze the belly to stop the song when you’ve had enough. These were produced by WowWee for Pinkfong, who is the official creator of the global hit song. Thanks Pinkfong, I guess. They measure about 11 inches long and batteries are included so they can start singing right out of the box.

But wait, there’s more- how about Baby Shark Singing Stackable Plush Cubes? Cause they make those too now.

Just like real sharks, these toys are shaped like cubes and can be stacked up like blocks. They’re quite a bit smaller than the bigger sharks above at only about 3″ cubed (plus the fin on top), but they too play the song when you squeeze them. Collect all 3.