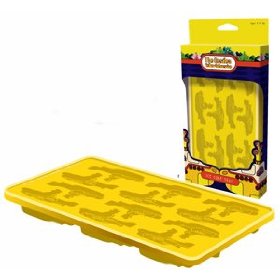 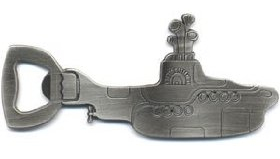 is made of chrome (not yellow, obviously), this will really get your party going. One of the cooler bottle openers I’ve seen. 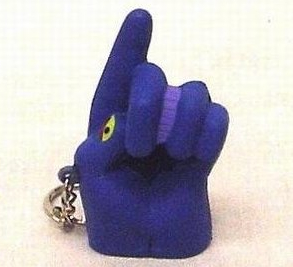 The blue squeezies hand was one of the more unusual iconic images from Yellow Submarine and this 2.5 inch Squeezies Blue Hand Keychain 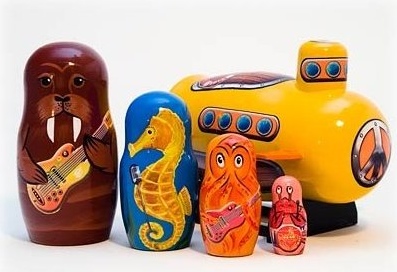 ?!!!! Look at the little sea animal figurines of John, Paul, George, and Ringo all of which fit into one another and all into the yellow submarine. The walrus is Paul, natch. The most awesomest set of nesting dolls I’ve ever seen, hands down. 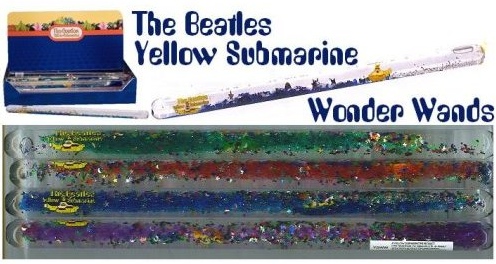 are filled with glitter and have a floating yellow submarine inside it. And we all know who’s inside that sub! 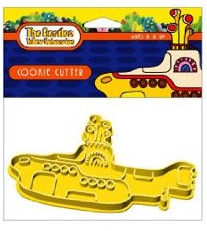 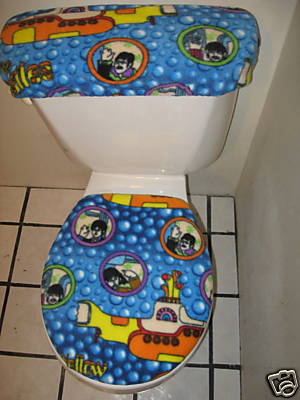 Even your bathroom is not immune from the Fab Four. How about a Yellow Submarine Toilet Seat and Tank Cover? 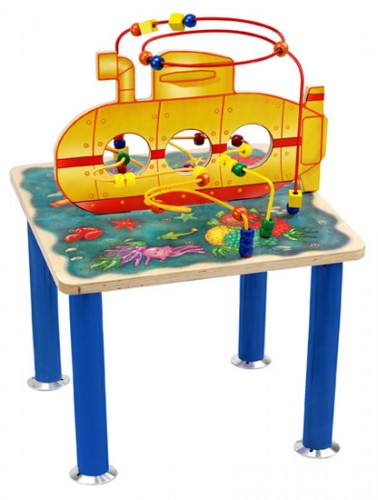 It’s a yellow submarine children’s Activity Table. Children guide the beads along the wires, through the submarine, and dive below the waters to discover colorful reefs, exotic fish, and sea creatures. A wonderful activity table that will keep kids entertained and stimulate every child’s imagination! 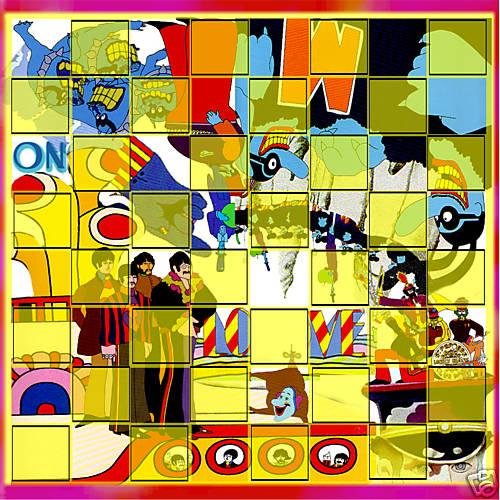 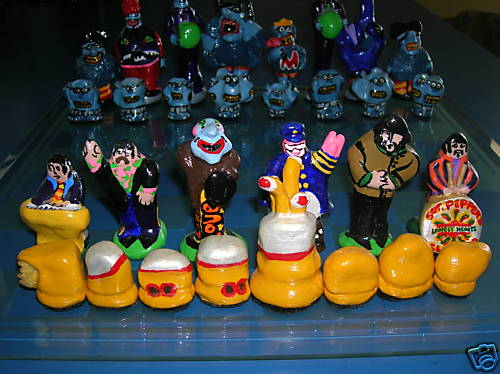 One of a kind hand-crafted Beatles Chess Set. It’s the Beatles versus the Blue Meanies in an epic chess battle. How cool is that chess board?! 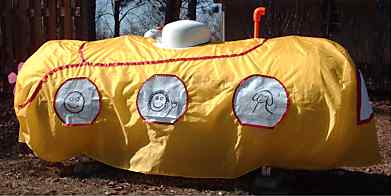 Got an ugly 500 gallon propane tank sitting in your yard or (octopuses) garden? Give it a whimsical yellow submarine Propane Tank Cover complete with purple propeller. 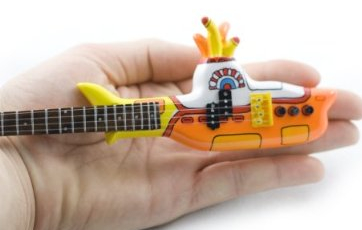 . Too bad this isn’t a real playable guitar, that would be sick. 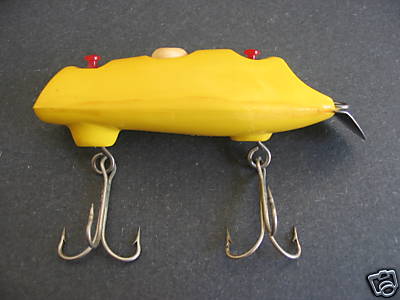 Love the Beatles and fishing? Combine the two with a novelty Yellow Submarine Fishing Lure. Maybe you could catch something in the Sea of Holes. 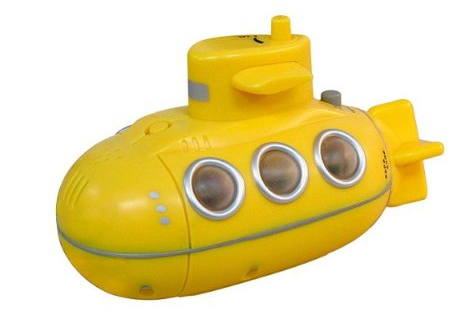 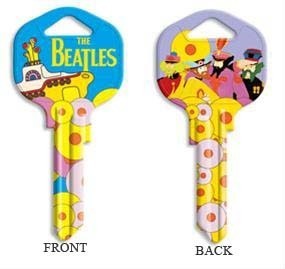 Here’s some funky colorful keys with Beatles Keys. These are actually key blanks, you need them cut into your key by a locksmith or keymaker. 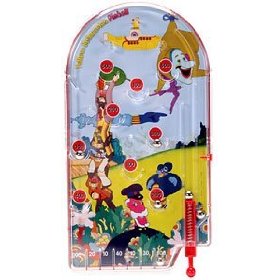 If you recall the plot of the animated Yellow Submarine movie, it’s about a deaf, dumb and blind kid who plays a mean pinball or something like that. Maybe not, but you can pretend that’s true with a Yellow Submarine Pinball Hand Held Game 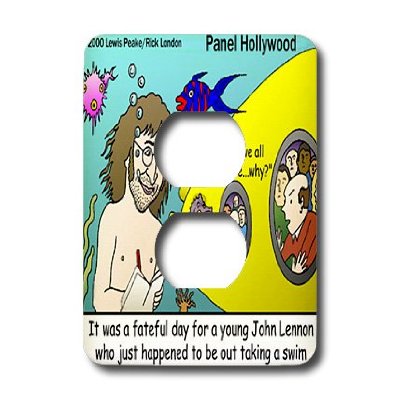 Deck out your Beatles room (what, you don’t have a room just for Beatles memorabilia?) with a Beatles Collectible, Light Switch Covers – 2 plug outlet cover featuring a cartoon image from the London Times. 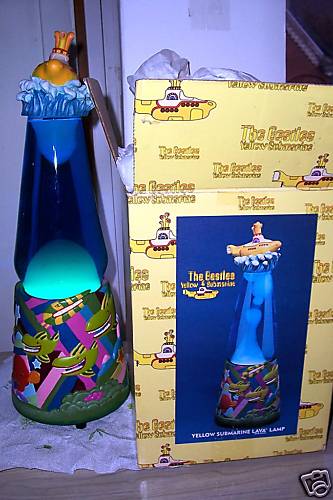 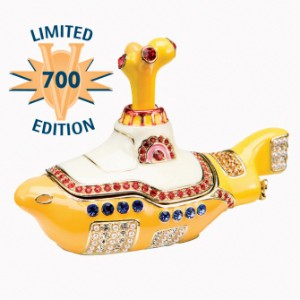 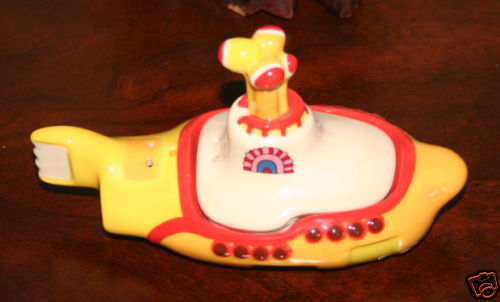 Spice up your day with the Yellow Submarine Salt and Pepper Shaker. The top of the sub lifts off the base and holds the pepper (not Sgt. Pepper!). 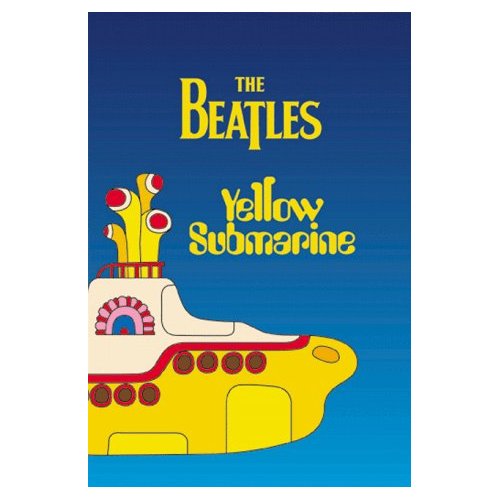 . Nothing can outweird the original. It’s out of print but still available in the usual places.