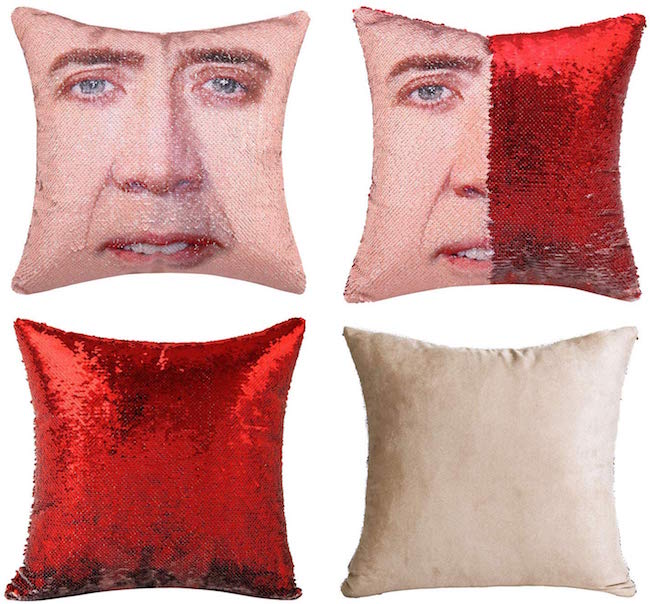 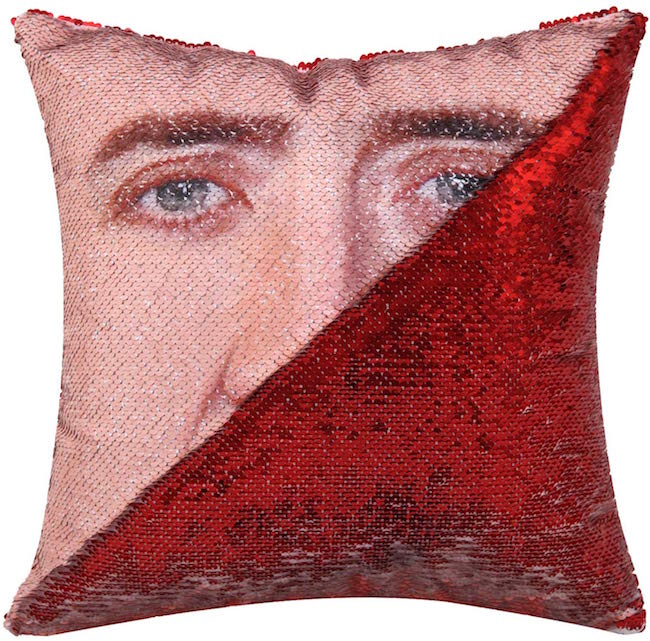 Now sure, some might say that Nicolas Cage basically plays the exact same character in every single one of his movies. But to the haters I say, who cares?! Because that character is Nicolas freakin’ Cage, legend of Hollywood films, and now an even greater legend of home accessories.

The backside is a soft suede (we’re talking about the pillow here, the backside of the actual Nicolas Cage is more of a soft leather, perhaps even rich Corinthian leather, or so we’ve heard). Pick a Nic pillow today and rest your head on a man who doesn’t rest his head- because he’s in like 8 movies a year, every year. How does he do it? We don’t know but we do know that we’re all better for it. Thank you Nic.