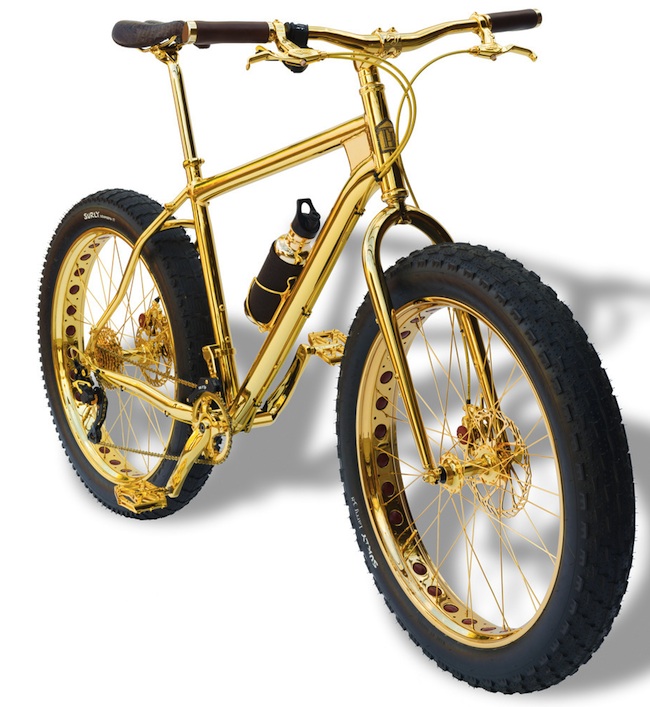 Gold, Jerry, gold. This bicycle is being billed as “The Most Expensive Extreme Mountain Bike in the World”. And it probably is since it’s priced at a cool million dollars. Made by the House of Solid Gold, this bike has a Salsa Mukluk XL 21″ frame that was electroplated with 24k gold. Presumably a solid gold frame would be kinda heavy to pedal around. But it’s not just the frame that’s gold, everything is: 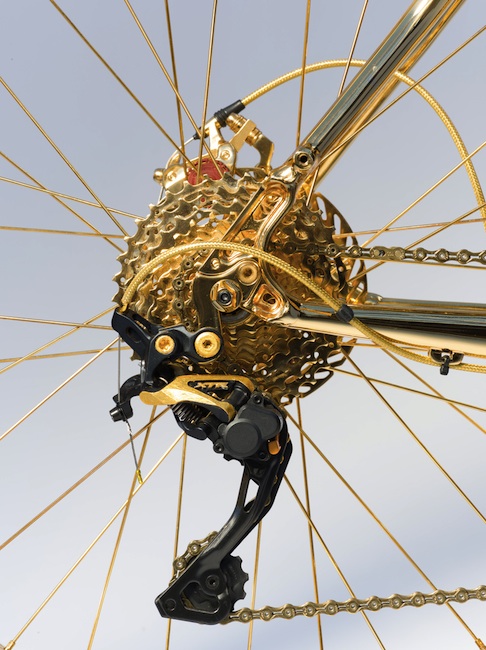 Bicycle aficionados probably recognize those Shimano parts under all that shiny shiny gold. Would like you like to take a drink, Mr. Goldfinger? 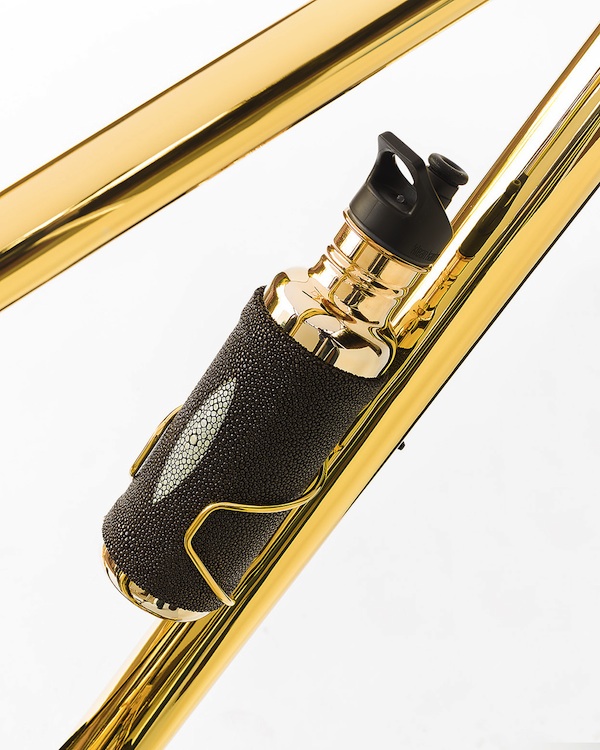 That water bottle is not only covered in gold, it’s also covered in stingray. The bike also has a THSG emblem on the post that has 600 black diamonds weighing 6 carats total and 500 golden sapphires weighing 4.5 carats total. 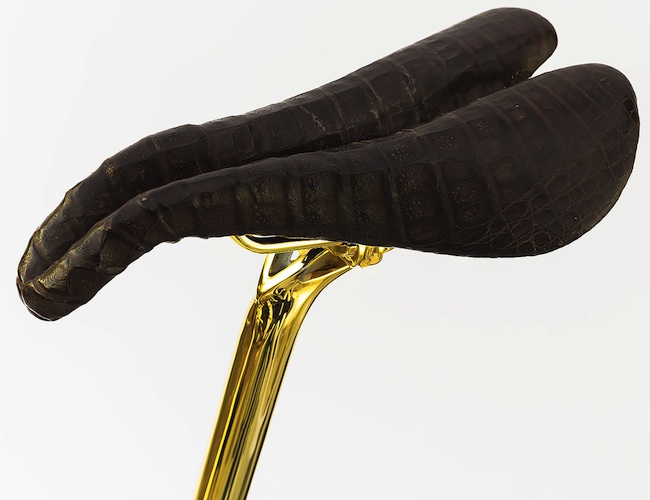 Sit your wealthy ass down on that custom alligator seat. If you want this bicycle, act now because only 13 of them will be made. Don’t worry about some imposter coming along with a Schwinn and a can of gold spray paint, as each of these real ones will be laser engraved with the artist signature, dated and numbered. 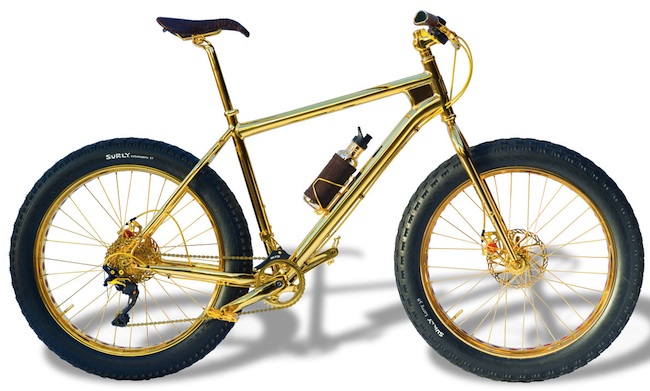 Each of these “fat bikes” (which requires a fat wallet) takes over 750 hours to create. If you’re still hesitant about hitting the “add to cart” button on the seller’s site, maybe the knowledge that 90% of the proceeds are going to a charitable arm of the Church of Scientology will help you pull the trigger on this. Or not. Maybe Tom Cruise will buy one for you. If you do buy this bike, I sure hope you have a good bike lock. (via iihih)