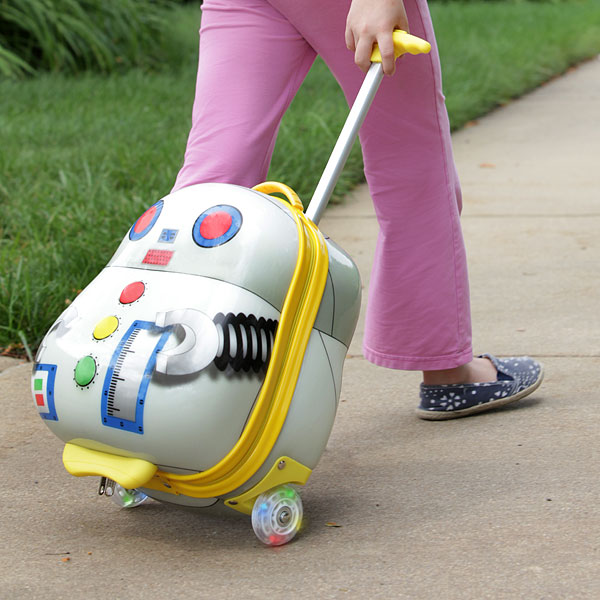 The Summer travel season is coming up soon and with the kids off from school for the year, you’ll probably want to take them along with you on your trip (and even if you don’t want to, you have to). So we’ve found a great way to make traveling more fun for kids by bringing you the 10 coolest pieces of kids luggage we can find. Starting with the robotic Luggo

). The cool part about Luggo is that his wheels light up when he rolls along. 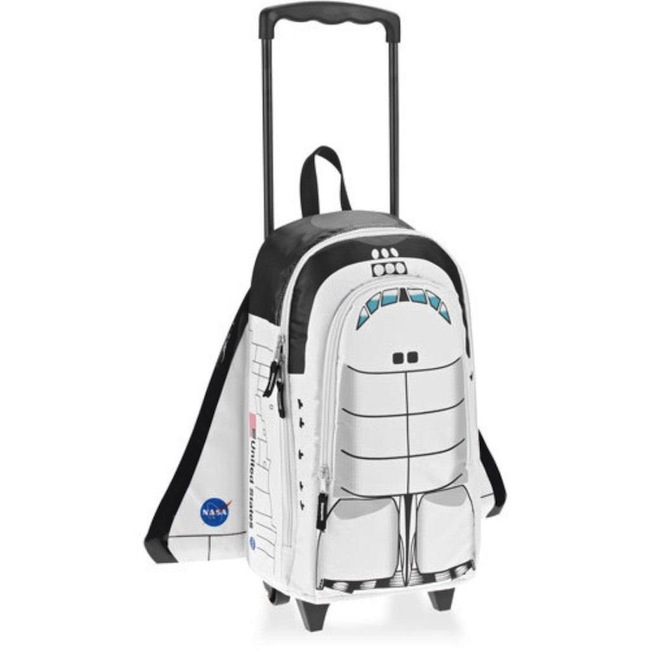 . You can’t take the real Space Shuttle to Disney but your kids can definitely this Space Shuttle suitcase there. We’ll let the fact that Buzz Aldrin never flew the Shuttle pass. 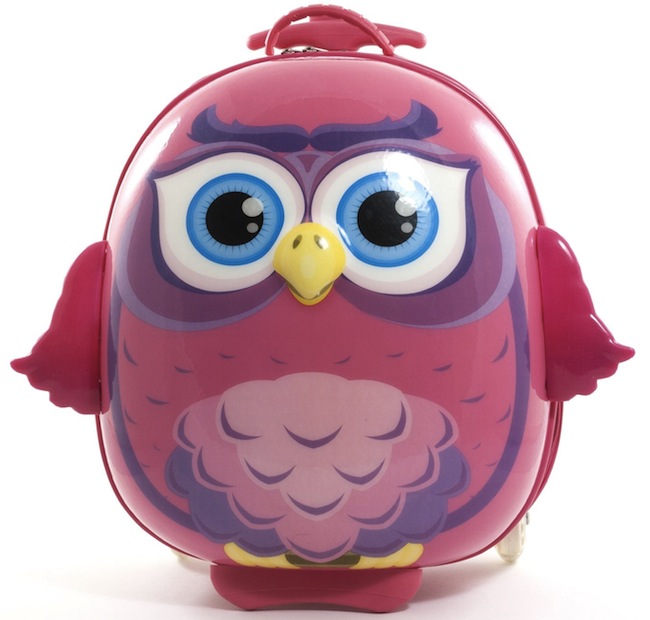 Many owls try to camouflage themselves in with their surroundings and many bags at the airport may look alike but not this one! The Owl Suitcase Back Pack

is a funky bright colored piece of luggage that also has light up wheels. You won’t miss this one. 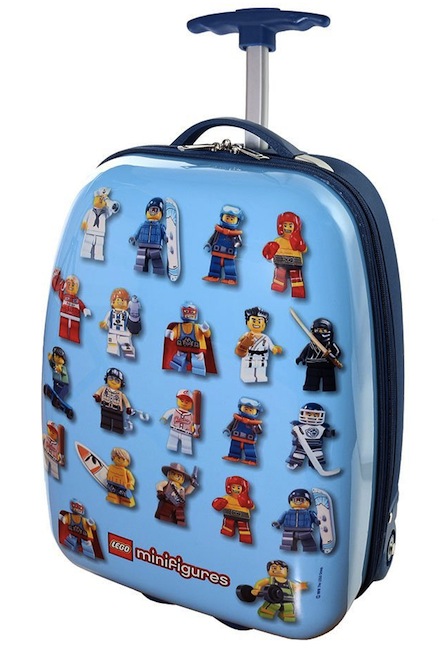 would not only make a great piece of kid’s luggage for traveling, it could also be used at home to hold all your LEGO pieces and sets. Features an image of 21 different mini-figs on the outside all doing cool stuff. Oddly enough, there are some repeats. 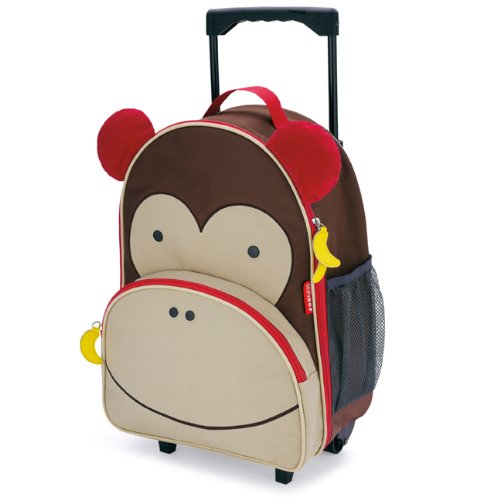 Sometimes travel can be a real jungle trek with no time for monkeying around. This Skip Hop Zoo Little Kid Luggage

will do the monkeying around for you. Also comes in other animals like dog, owl, and ladybug. 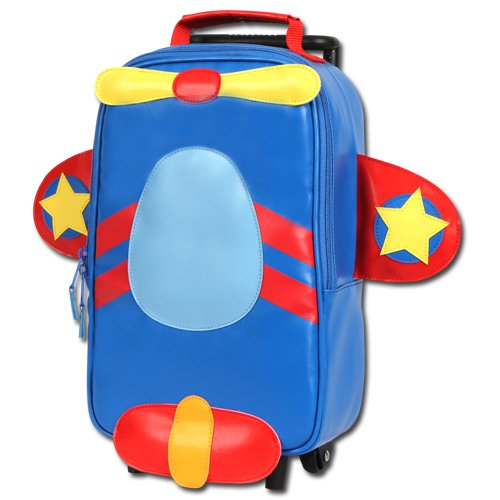 What could be more appropriate for flying on a airplane than an airplane suitcase? The Stephen Joseph Boys 2-7 Rolling Backpack, Airplane

is shaped like a prop plane and can be used as both a backpack and rolling luggage. 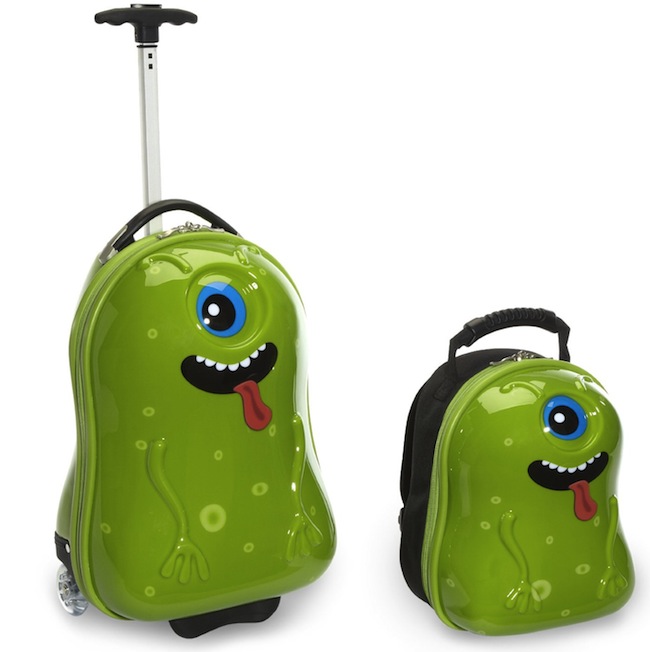 Have an out of this world vacation when you bring along the Travel Buddies Luggage Set, Archie Alien.

Comes in a set of two hard shelled bags, a backpack and rolling wheeled suitcase. And apparently his name is Archie, which is important to know. You wouldn’t want to call him the wrong name. 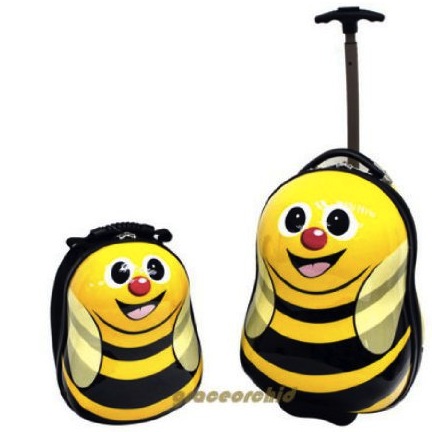 Take flight with this adorable Cuties and Pals Bee Luggage

set. It too is a set of both backpack and rolling luggage. And it’s sweet as honey. 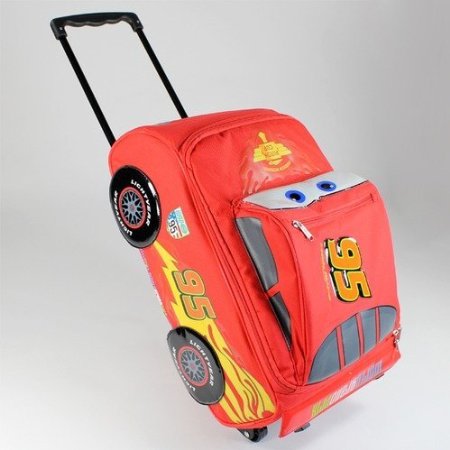 is that when it’s lying down it is really shaped like the car. Kids will really want to move quickly to make Lightning live up to his fast name. Now you won’t miss your flight. Thanks Pixar. 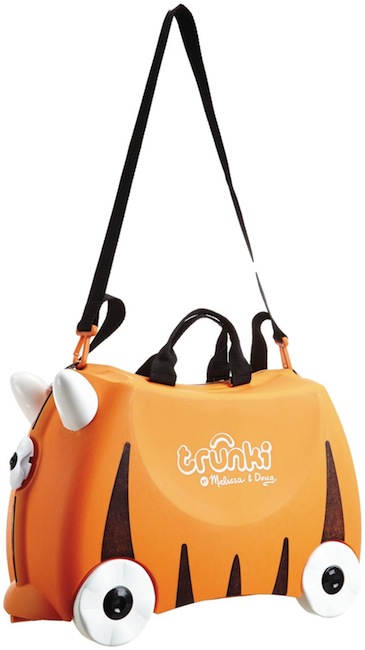 And finally one of the handiest pieces of luggage for kids is the Melissa & Doug Trunki.

The cool thing about this is that kids can actually sit on top of it and ride it. You can pull them along with the straps. If they need a seat to rest on somewhere, they have their Trunki. Great for storing toys in at home too.

So there you have the best pieces of luggage for kids. A lot of these also double as backpacks, so they’re great for school too. No matter what you choose, have a great trip, and thanks for visiting Craziest Gadgets, or wherever your final destination may be.