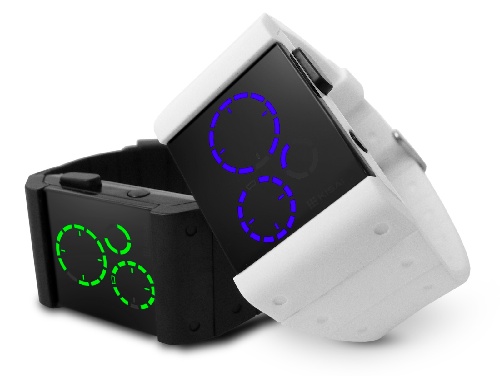 Tokoyflash has been doing a cool thing where fans can submit their own watch designs and vote on the best ones and then they actually produce those watches. Now they have finished production, going from concept to reality, and are selling the first two new watches that ordinary folks actually designed.

(By the way, there’s still time to enter our Tokyoflash watch giveaway to win one of these 2 or ANY other watch they sell).

The first new watch, above, is the Satellite. The large circle on the top is for the hours, the left circle is the minutes in 5 minute increments and the smallest is for single digit minutes. A clean simple modern design, and not too hard to figure out the time, considering. It comes in both black and white and choice of blue or green LED light display. The battery charges via a USB cable. 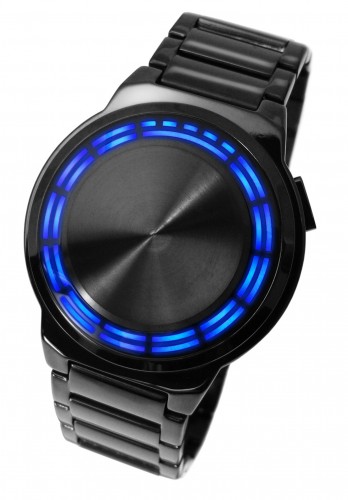 The other new fan-designed watch is the Kisai RPM, above. This one has a much sleeker more minimalist design. The entire center of the watch is in fact a blank brushed stainless steel disc and the time is shown with the concentric LED rings around the outside of the watch face. The inner ring shows the hours just as a clock would while the outer ring along with the single dots on top tell the minutes. It also has a light-up animation feature you can set that makes the LEDs spin around the watch once every fifteen minutes. This watch is also USB rechargeable and water resistant.

You can buy both at Tokyoflash. Shipping is free on most orders (order by Dec 14th to get it in time for Christmas). They also have a buy 1 get 1 at 50% off deal going on this month.