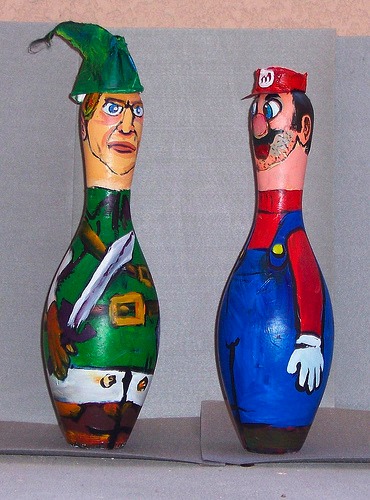 They say bowling is an art form and now it literally is. Well the pins are anyway. Etsy user Daxnorman has created a plethora of geeky bowling pin art pieces. They sell for $48 each and run the gamut from Star Wars, Beatles, Mr. T., Bob Dylan, Zelda, Super Mario, Dumb and Dumber, Big Lebowski, Muppets, famous artists like Picasso, Abe Lincoln, Ben Franklin, Michael Jackson, Goonies, Barrack Obama and even Macho Man Randy Savage. I imagine it’s much more difficult to paint on a rounded surface like a bowling pin than it is on a flat one. More pics after the break:
Stormtrooper and Beeker from the Muppets: 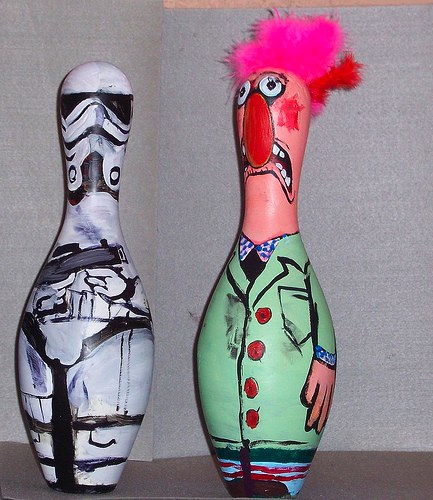 Skeletor from He-Man and Optimus Prime from the Transformers: 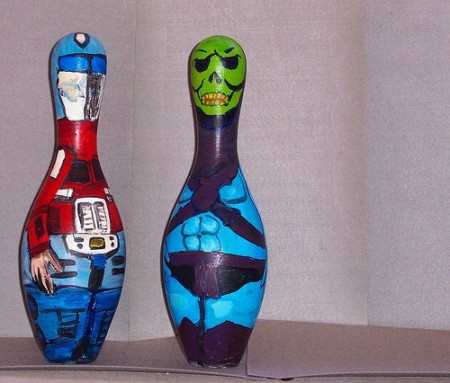 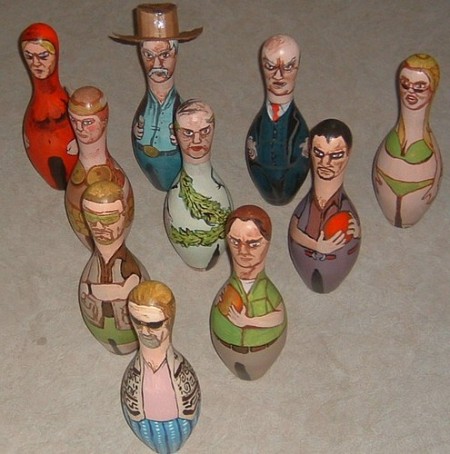 Photo credit thanks to (and to see many more of his creations head to)Daxnorman’s Flickr.