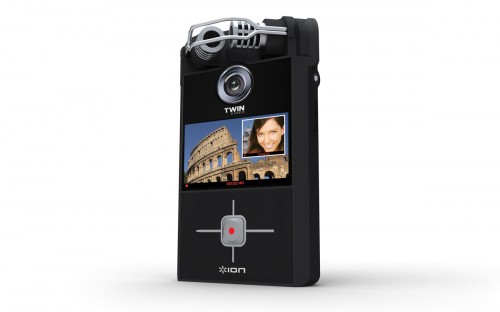 The Twin Video camera from Ion Audio put a lens on both sides of the camera allowing you to record the action and yourself filming the action. It essentially records 2 videos and then allows you to set the mode as either picture in picture, split screen, or just switch between the two angles. This would be great for things like rollercoasters and other thrill rides as well as interviewing people and anything else where getting both the shot and the reaction shot from the person filming would enhance the shot.

It’s a pretty cool idea that might just catch on with other pocket size video cameras too. Ion expects to release the Twin Video sometime this Spring for about $250. Check out the action video below